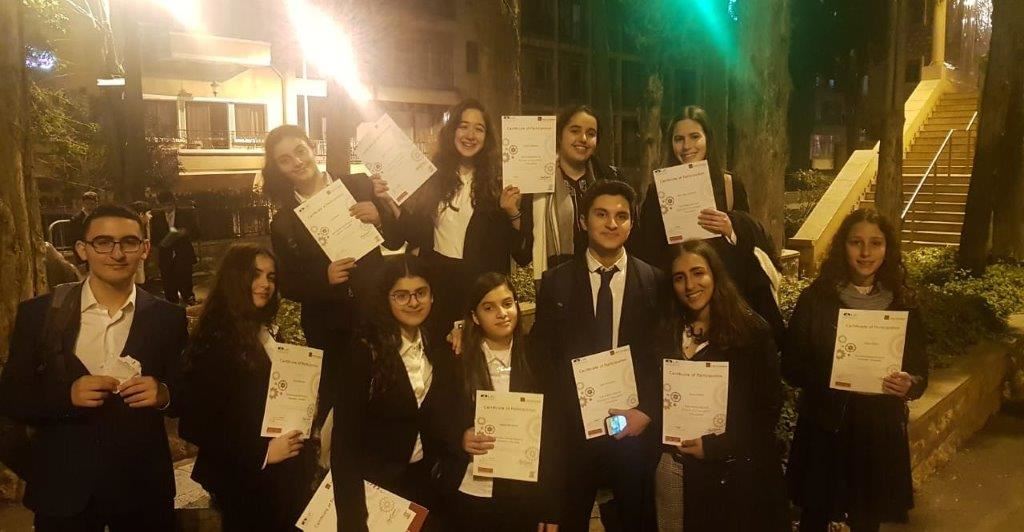 The MUN and MAL programs were quite outstanding this year. The hard-working trainers and advisors, Riwa and Ranim Narsh, worked extensively to shape the delegates and prepare them for their final conferences.

All delegates gained skills in public speaking and leadership. The delegates and advisors worked closely towards a set goal and the results were the many awards received and the creation of a true MUN/MAL family.

The MUN and MAL results were as follows:

Moreover, our Grade 11 student, Reem Ghazali, will be representing ISC-Choueifat and Lebanon in the National High School Model Arab League in Georgetown, Washington, which will be taking place in late April, 2019.