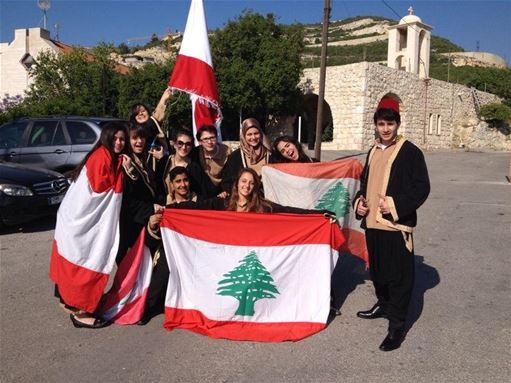 It is the aim of educational institutions across the world for their student body to participate and excel in competitive events that stimulate and challenge the mind. The Lebanese American University (LAU) provided this opportunity in the form of the Model Arab League held on its Byblos and Beirut campuses May 10 and 11, 2014. The International School of Choueifat, answered the challenge and was given the honor of representing our very own Republic of Lebanon.

Model Arab League is a multi-regional model competition in which high school and university students from across the world learn about and compete as representatives from Member States of the Arab League. Participants are encouraged to use the experience to hone their skills in public speaking and diplomacy, in addition to the primary goal of learning about the politics and history of the Arab world. Students put themselves in the shoes of real-life Arab diplomats and other foreign affairs practitioners. In the process, the students come to realize unavoidably and inevitably how different these international relations realities are in comparison to what they previously thought and wrongly assumed to be true based on what they had read and “learned” or not read, “not learned” and therefore not known before.

Three types of awards were given; The “Honorable Mention Award” went to delegates who showed skill in their ability to clearly and concisely argue their countries stance on a given issue. The “Country Statement Award” went to delegates who were able to most clearly and skillfully write the strongest stance of their country’s view on the given issue. Finally, the “Best Delegate Award” went to those students who had contributed the very best in writing, debating, and resolving the issues set forth in their respective councils. This Best Delegate Award also carried with it a scholarship to LAU, a very prestigious award for the students who won. With regards to the fourteen students from the International School of Choueifat who took part, eleven walked away with awards, and nine received scholarships to LAU.